We offer fully-fledged tour services within East Africa. The region is well known for its endowment with natural resources, including flora and fauna. The home to large national parks and game reserves, coast beaches, lakes and seas, river meanders and water falls, rift valley and escarpments, tallest mountains in Africa and hills.

From the smallest birds in the forests to the big five animals, Go East Africa Safaris will help you explore all the wild animals that exist in this region. Camping is our specialization.

08.00a.m. Depart for the Masai Mara Game Reserve, via the view-point of the Great Rift Valley with a stop in Narok town for refueling and  lunch.

Leave Arusha in the morning and proceed to Ngorongoro arriving in time for lunch.

Our first day starts early in the morning. After breakfast we pick you up at your hotel in Arusha. We’re on the way to Lake Manyara.

Pick up from the hotel at 02:30 am and drive to Amboseli National Park,arriving in the evening. 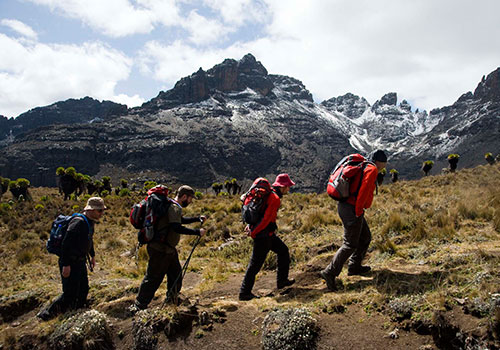 Mount Kenya is Africa’s second highest mountain at 5,199m (17,058 feet) and the highest of all Kenya Mountains. Mount Kenya is roughly circular, about 60km across at the 200mm contour, where the steep font hills rise out of the gentler slopes of the centered highlands. At the centre of the massif, the main peaks rise sharply from around 4,500m to the main summit of Batian 5,199m, Nelion 5,188m and point Lenana 4,985m. Other major summits on the mountain include Point Piggott 4,957m, Point Dutton 4,885 and Point John 4,883m. Of the three main peaks (Batian, Lenana and Nelion), only point Lenana can be reached by trekkers and the other two being only for technical climbers. 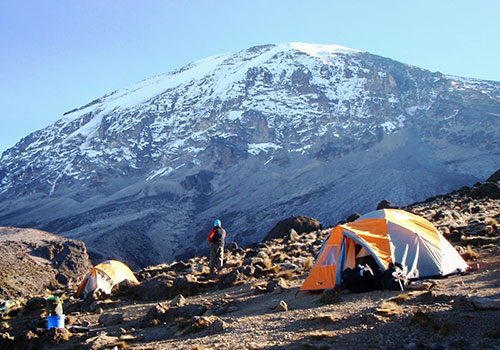 Africa’s highest mountain, Mount Kilimanjaro stands on featureless part of the East African plateau, on the Tanzanian side of the Kenya border near Moshi, side by side with the smaller Mount Meru.

The approach and climb provides spectacular diversity, from scrub-lands thick with African wildlife to lush forests to flowering alpine tundra. All this finally gives way to snow and rock above 15,000 feet. 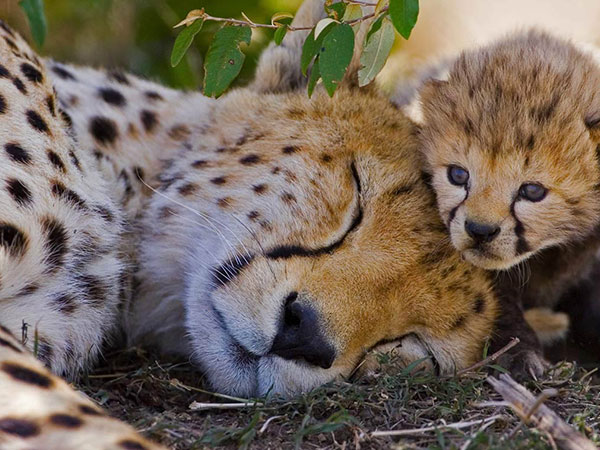 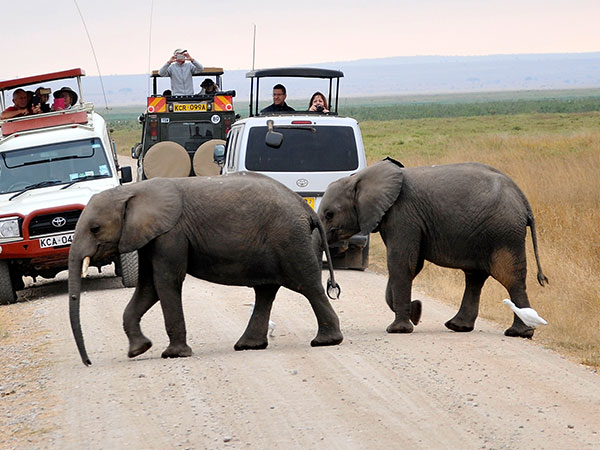 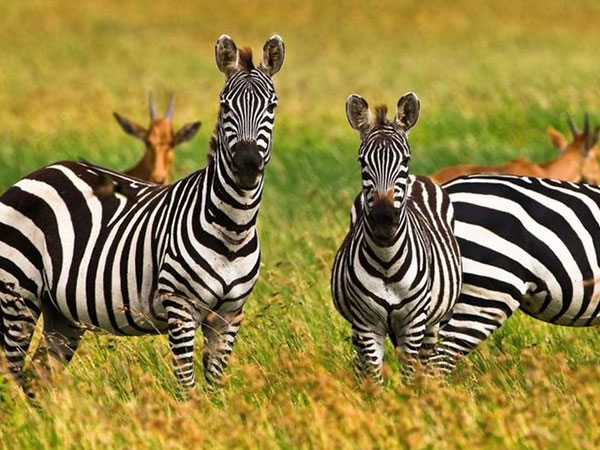 “Lots of animals and incredible places with excellent guides

The parks are amazing: we could enjoy them and the animal sightings in a comfortable car. Our guides were impeccable; they were always ready to answer our questions, explain us about the animals or the parks in a good mood. Food and meals were delicious and the accommodations comfortable. If there were some problem it was always good resolved with good mood. It was a very incredible experience, we saw all kinds of animals and I will absolutely recommend Go East Africa Safaris.”

“Very good experience and was easy to deal with

The tour was my first safari in Africa. It was an amazing experience and exciting time very well enjoyed. The initial communications and arrangements were very good. Picking and dropping were on time and punctually done by drivers. The accommodation was marvelous and so food. All was excellent and I would like to thank the whole team and especially Martha. Hope to join you again for another safari trip.”

Tremendous team-effort , highly professional attitude & coordination , mind-blowing guides & their game-drives , neat arrangements even in very adverse situations , superb hospitality from each & every employee….. Go East Africa made us feel at home from the very moment we stepped in Africa. Thank you GEAS…. Thank you for everything you did to us. Our trip wouldn’t be so pleasant & successful without you 😀 “

Nice service and reasonable cost for Go East Africa Safaris. Martha is a wonderful women to arrange everything to meet our request. Care about our feeling and feedback,she helped us in every possible way. Good experience in Kenya safari，nice car and professional guide to share many information with us. We also book 5 days Mt. Kilimanjaro tour in Tanzania, both are wonderful memories for us. Believe me, You just list your request for sure will get the nice talk and the best service and arrangement from Go East Africa Safari. We are very enjoy it in East Africa!  “

“My husband and myself went in that safari not expecting it to be this extraordinarily organized.

Everyone was on point and everything went well !!!”